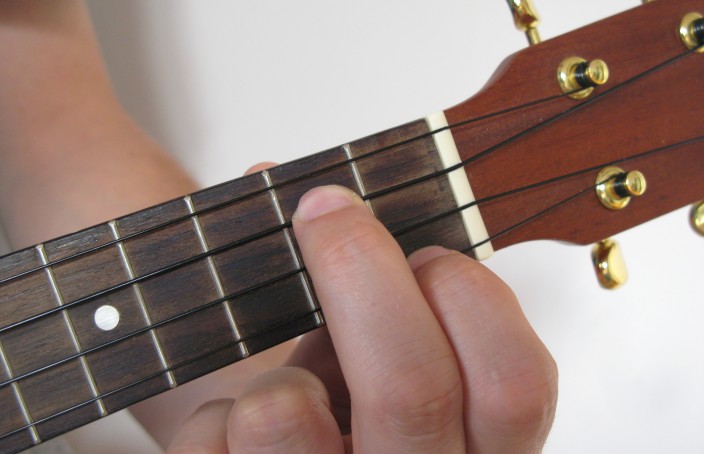 I'm on my way to learning the ukulele the proper way.

It’s common, when we begin playing ukulele, to start by learning a few chords. Normally, we will find them drawn as boxes with lines and dots. Let’s see what this is about.

For the ukulele, we use a box with four vertical lines, that represent the four strings, and a varying number of horizontal spaces (which are the spaces between the frets). The line on the right corresponds to the first string of the ukulele, i.e., the on that’s closest to the ground when we carry it in ready-to-play mode. Therefore, on the left side of the diagram we have the fourth string. 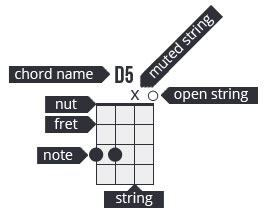 Where do I put my fingers?

On each string that we need to press, there will be a dot on the string, so we’ll put a finger there. If a string needs to be played without being pressed, a circle is placed on the upper part of the diagram (and we call that playing an open string).

Which finger should I use?

In some diagrams, a number also specifies which finger to use on each string. Number 1 corresponds to the index, number 2 to the middle finger, number 3 to the ring finger and number 4 to the little finger. 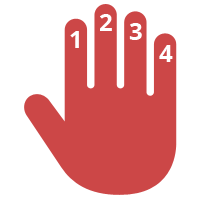 These numbers may appear inside each dot or under the line corresponding to each string.

It is not unusual to be showing under each string the note or the tonal function, within the chord, of the note we are pressing (or not) on that string.

When all fingers are quite far from the first fret, the box will not begin with the nut, but with one of the frets, which will be numbered accordingly.

Sometimes we need to use a finger as a capo, pressing several strings at once with it. In such cases, dots are clustered together in some way, with lines: 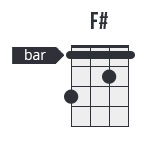 We press all four strings with the same finger.

Now that you know how to read chords, you can now dive into UC’s chord dictionary.