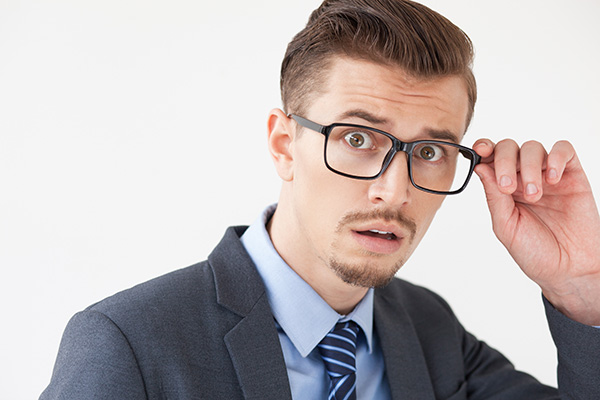 Whether we have been playing ukulele for a few months or perhaps just started there is always a good chance that we will run into some basic problems. Sometimes the problems are minor and easy to fix, other times they might be major issues (which may mean a particular ukulele is not playable). When it comes to troubleshooting any instrument, or anything at all, the key is to always start with the basics and check off any potential problems. IT employees who fix computers will often say that folks always forget the simplest stuff first… like plugging in or turning a machine on in the first place! Below is a guide to some basic ukulele headaches and how to potentially fix them.

This is the number one beginners issue; in fact, this may be one of the most serious issues for all instruments! If what you are playing is not in tune, it’s going to sound terrible and keep you wondering if you are any good at all. When you first put new strings on a ukulele it is going to take some time to get them to stay in tune. Even if you have stretched them to the best of your ability, at first it seems like you will spend an awful lot of time tuning your Uke. This is normal for all ukuleles and it is always best to get in the habit of tuning your ukulele before every practice session.

Now let’s say you have tuned your instrument and within a few minutes one particular string has slipped more than the rest and lost quite a bit of tune. It could mean the back of the tuner needs screwed in just a little tighter. If you can actually see the tuner slowly turning back after you have tightened the string, then the entire tuner may need replaced, in some instruments this is a very easy fix. A slip in the tuning could also be from the knot you made at the saddle, sometimes if the string has not been double or triple knotted you will notice that it slowly comes undone as you tighten the tuner. Tuning problems can also arise from bad strings, this is rare, but when it happens it is frustrating because you will spend your time looking at the saddle and tuners!

This happened to me back in 2008 when I bought a baritone ukulele. The second G low string kept buzzing at the third fret, when I would make certain chords the buzz was a bit unbearable. It turned out that the 3rd fret had not been seated properly, so it was slightly raised compared to the rest causing a string to lightly touch it when played. Normally you test for these things when buying a ukulele in person at the store, but this one had been purchased online. Fortunately, it was simply a matter of taking a hammer, a nail set, and a cloth to knock it back in to place (a cloth so no mark was made on the fret).

Sometimes buzzes and dead strings can be caused by a poorly fitted nut or even a bow in the neck. If you have multiple dead strings in the middle of the fretboard, then the ukulele likely has a bow in it. A poorly fitted nut will lead to dead strings near the first few frets and can potentially be a cheap fix at a music store. It’s really up to you how far you want to go to repair a ukulele, a bow (inward or outward) for example may be a death blow. Or perhaps it’s not worth the money to have a lower end model repaired. One way I have learned to do basic repairs is on the instruments that were a little to cheap to take in to a shop.

Don’t forget dead strings aren’t always a technical issue, often it is a matter of chord fingerings. The ukulele player has to make sure each string is sounding when playing a chord, always pluck each string first when learning a new chord. When you first start playing you will likely get some dead strings as you switch chords, with practice this will go away. And for those who claim they have problems playing because of “sausage fingers,” in reality they just need more practice getting their chord fingerings right!

If you are practising often, in tune, and making sure you have no dead strings in each strum, there is still an occasion where the chord may not sound right. If you have double checked all the basics, then it sadly may be an intonation problem. A string instrument should be intonated properly so that each fret is the right note. An open C string should sound like a C, the first fret a C#, the second fret a D, then D#, E and so on. Intonation is always important to check when first buying a ukulele, but sometimes we order online and cannot check. If you notice any frets are not on the correct note, this can be a big problem. Sometimes when a fretted note is slightly off it may be our finger position, perhaps it is not close enough or too far from the metal of the fret (experiment with a tuner to see what sounds best). If the intonation is way off… well the ukulele may need to go, perhaps the bridge wasn’t glued in place right or some other major defect occurred during the build. Only really expensive and antique ukuleles are worth the money to try and fix major intonation issues.

Most of the time a rattling means something is loose in the body. Sometimes electric-acoustic hybrids have wires or small parts that come loose inside the ukulele. This can be a very frustrating fix that will require patience and likely removing all the strings. Other potential rattles can be a loose tuner nut or other tuner parts, however that would give itself away when you have problems keeping the string in tune. A common rattle issue for guitar players is simply a pick that has fallen in the body, ukulele players often don’t use picks, but items can still fall in. Give your ukulele a light shake to get any fallen objects out of the body. Be careful, if an instrument is not stored right over time little creatures may have tried to make a home in there!

Luckily what we have mentioned so far is really the bulk of basic ukulele issues. It is almost always out of tune strings, slipping tuners, poor stringing, or improper playing. Of course ukuleles with better wood are going to sound better, and the more expensive Ukes will have the best intonation. However even a moderate priced ukulele (avoid the cheapies!) when played right will give you a very pretty and upbeat island sound. If you are still sounding terrible, well it is simply a matter of practising. Playing an instrument takes time and patience and the student must have realistic expectations, if you stick with proper practising methods overtime your sound will greatly improve.