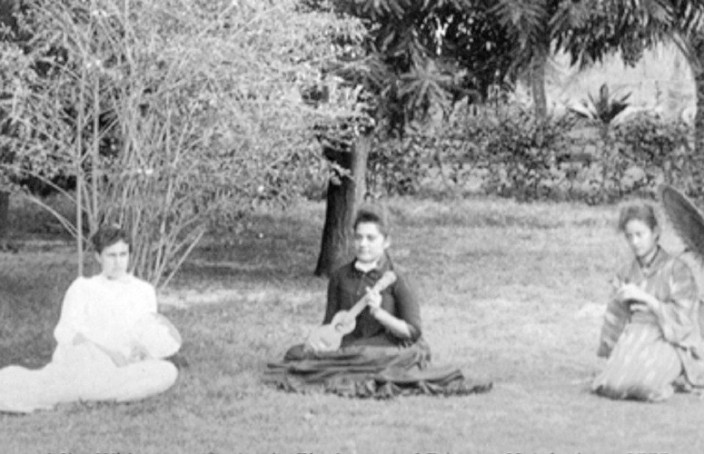 To talk about ukulele is to talk about Hawaii islands, beautiful wahines, dancing hula with feather leis and never ending white sand beaches. However, and unlike what your first impression may be, the ukulele does not technically originate in Hawaii, nor is it part of traditional hawaiian music, which is only based in chants and rudimentary percussions (na mele oli) used as accompaniment to dances (hula). Actually, the origin of the instrument is way closer to us than the Paradise Islands of the Pacific ocean.

The ukulele (or uke) is a plucked string instrument, that generally has 4 strings, which can be doubled (hence the six-string and eight-string ukuleles). In order to find out about its birth, we need to trace back to the late 19th century, more specifically to the Portuguese island of Madeira, from where the British boat SS Ravenscrag set sail towards Hawaii, with 423 crew members on board, most of them bound to work in the sugar cane plantations. The Ravenscrag, after a four-month journey, arrived at the Port of Honolulu in the O’ahu island, on August 23rd 1879. Among its crew members, we will mention the names of four of them : João Fernandes, Augusto Dias, Manuel Nunes y José do Espirito Santo.

According to the story, when he arrived at Honolulu, João Fernandes took his cavaquinho, a four-string instrument that was very popular in Portugal and Madeira (also known as machete, braguinha, machete do braga…) and played a song with it, captivating the locals with its sound. It is said that the Natives called it ukulele, which literally means “jumpy flea” (uku is flea in Hawaiian, and lele means jumping), though there are other possible etymologies of the word that don’t include these annoying insects, like the one attributed to the queen Lili’uokalani, according to which ukulele means “the gift that was brought to us” (referring to its origin from overseas). Whatever the origin of the name may be, we can say that the history of ukulele begins at that moment. 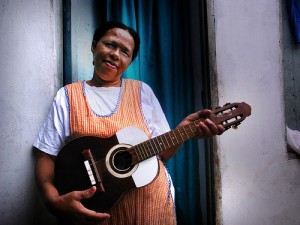 Woman with a cavaquinho
Photo by antifluor (CC BY 2.0 – original)

Our three other crew members from the Ravenscrag settled in Honolulu and worked as carpenters, once they had completed their three-year contract in the sugar cane plantations. They manufactured furniture and musical instruments such as guitars, cavaquinhos and five-string rajãos (another typical instrument from Madeira). At some point, they created a hybrid, with the shape of a cavaquinho and its four strings, but with a reentrant tuning similar to the five-string rajão. And the ukulele was born.

The exact date of manufacturing remains unknown, though it is thought to be around 1886. We don’t know either who, among the three of them, was the first one to conceive the ukulele as we know it, although Manuel Nunes awards it to himself, or as it was mentioned on the labels of his ukuleles.

The official date of presentation of the ukulele is in 1889, at a party held not the British Yacht Nyanza, in the Port of Honolulu. A trio of women, which included princess Victoria Kaiulani, niece of the king David Kalākaua (who also played the ukulele) honored the event. Maybe because the instrument was linked to the royalty (both to the King Kalākaua and to his successor and last Hawaiian monarch, Queen Lili’uokalani, the author of the famous Aloha ‘oe), and because it was made of Koa, the local Hawaiian wood symbolizing respect for the earth and nature (aloha ‘aina), it turned the instrument into an undisputed symbol of Hawaii, as it was very popular among the natives and their struggle for their cultural identity. It is also important to mention King Kalākaua’s fervent passion for the instrument, as the main promotion of the instrument in its beginning and the later association of the ukulele with the Hawaiian culture. 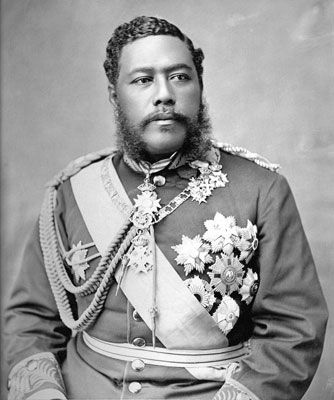 Throughout the 20th century, the instrument evolved. Different sizes that we now today emerged, banjoleles and ukuleles with resonator were created. 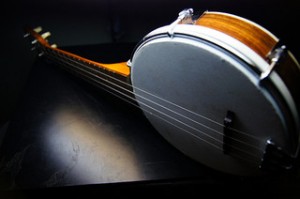 The ukulele had its moments of fame during the 20th century. From the huge popularity in the USA in the twenties and thirties, leaded by Cliff “Ukulele Ike” Edwards and Roy Smeck, to the amazing George Formby in the UK, until reaching Lyle Ritz’s jazz in the fifties.

Beginning in the sixties and seventies, and still linked to a strong fight for cultural identity, rights and independence of Hawaii, the ukulele was revived as a symbol of hawaiian tradition. Artists such as Eddie Kamae (from the band Sons of Hawai‘i), Peter Moon and Herb Ohta lead this movement, and were later followed by Israel “IZ” Kamakawiwo‘ole (with the Makaha Sons of Ni’ihau and later as solo artist) and bands like the Ka‘au Crater Boys (with Troy Fernandez on ukulele) becoming famous overseas. The “IZ” phenomenon is still strong outside of Hawaii, as he was number one in the German charts recently.

Recently, we have Hawaiian artists such as Jake Shimabukuro (previously in the band Pure Heart) or Troy Fernandez, and artists from overseas such as the Canadian James Hill, or singer Eddie Vedder who are still leading and promoting the instrument.